Walking is a happy experience in which the walker keeps in mind what he has seen, while he approaches what he is going to see. It is almost the contrary of the experience of speed, in which the landscape is continually disappearing. Mental time is like a spirual in which the mind keeps in memory what has just passed and anticipates what it is going to happen, that future becoming in its turn a past which is kept in memory, and so on ... As a painter my challenge is to render the changing landscape which is discovered while walking in the simultaneity of the canvas : that is what I call space-time.

It is not here a question of bird's eye view of a montionless observer, but a successive discovery - which is testified by the plurality of vanishing points - which is rendered in a simultaneous construction. 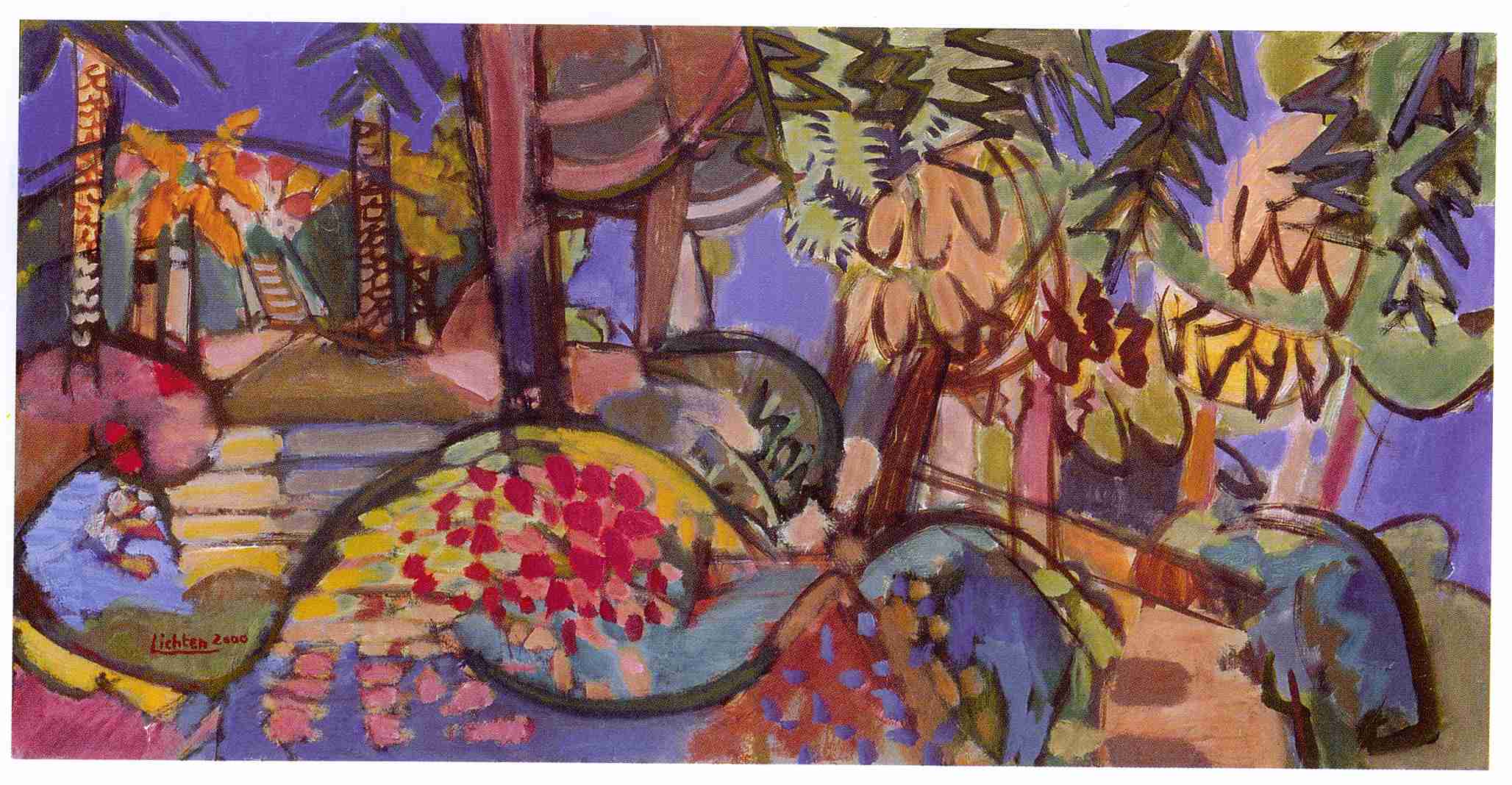 The destination of the route is one of the houses of which we can catch a glimpse at the left end of the canvas. 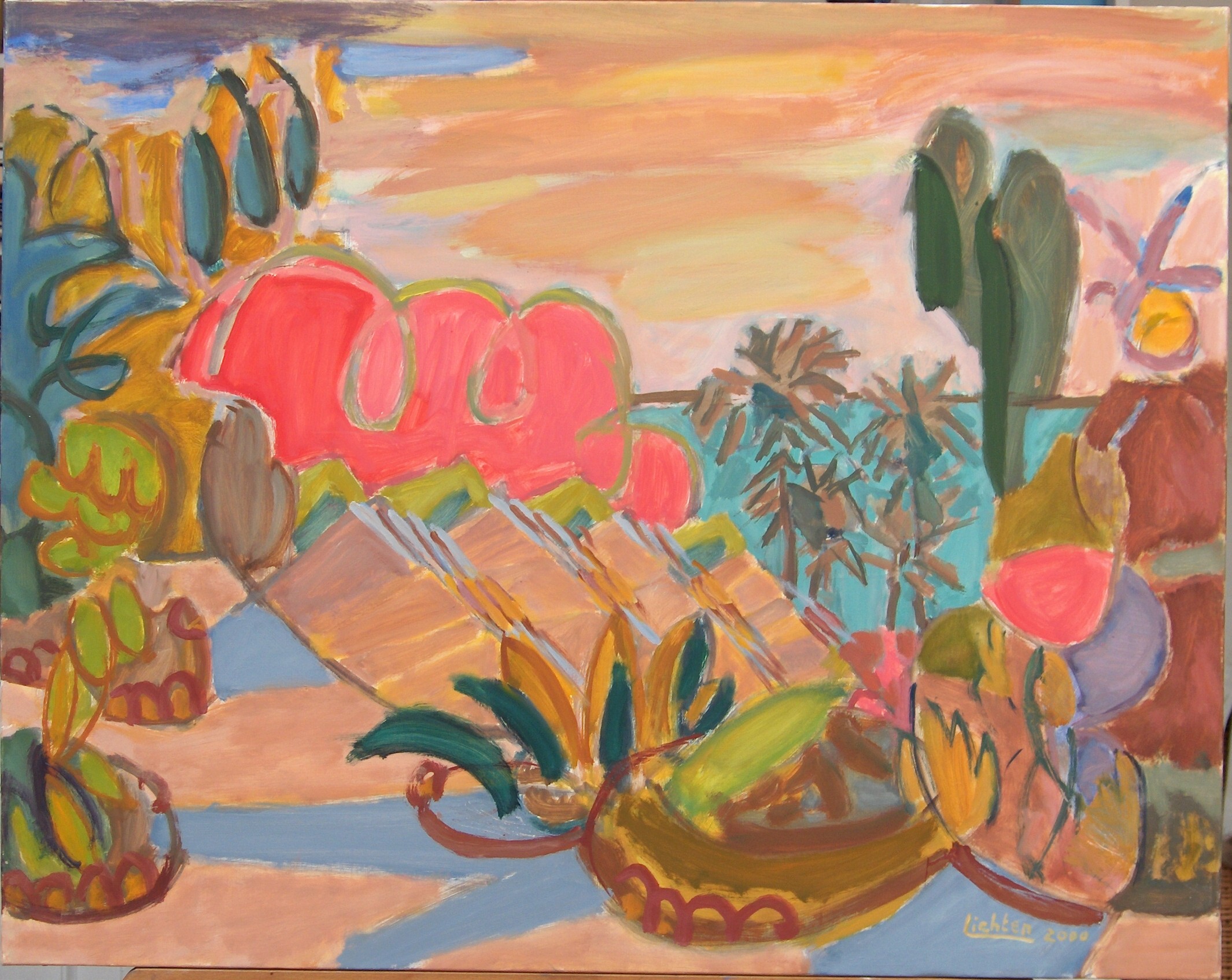 I represented the stairs at an oblique angle, to express the feeling one can have in those big stairs above the sea, as if one was flying in the air. 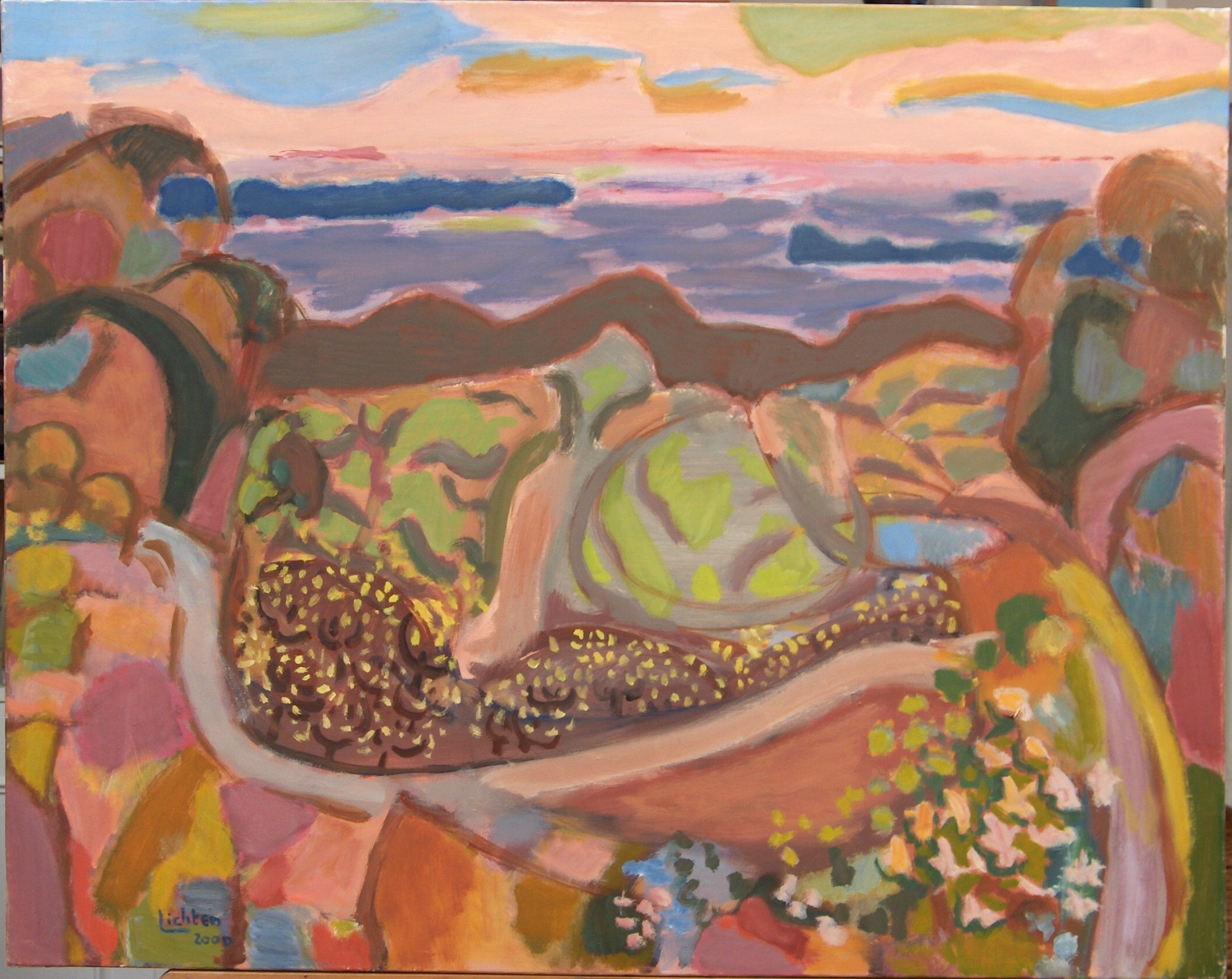 Drinving on the Crest Road, overhanging sheer wooded slopes and arid small valleys, we caught a glimpse of this almond trees field. When we got down, I walked all around , drew some sketches. Back in Paris in my studio, I made this painting, remenbering what I had seen above and below. 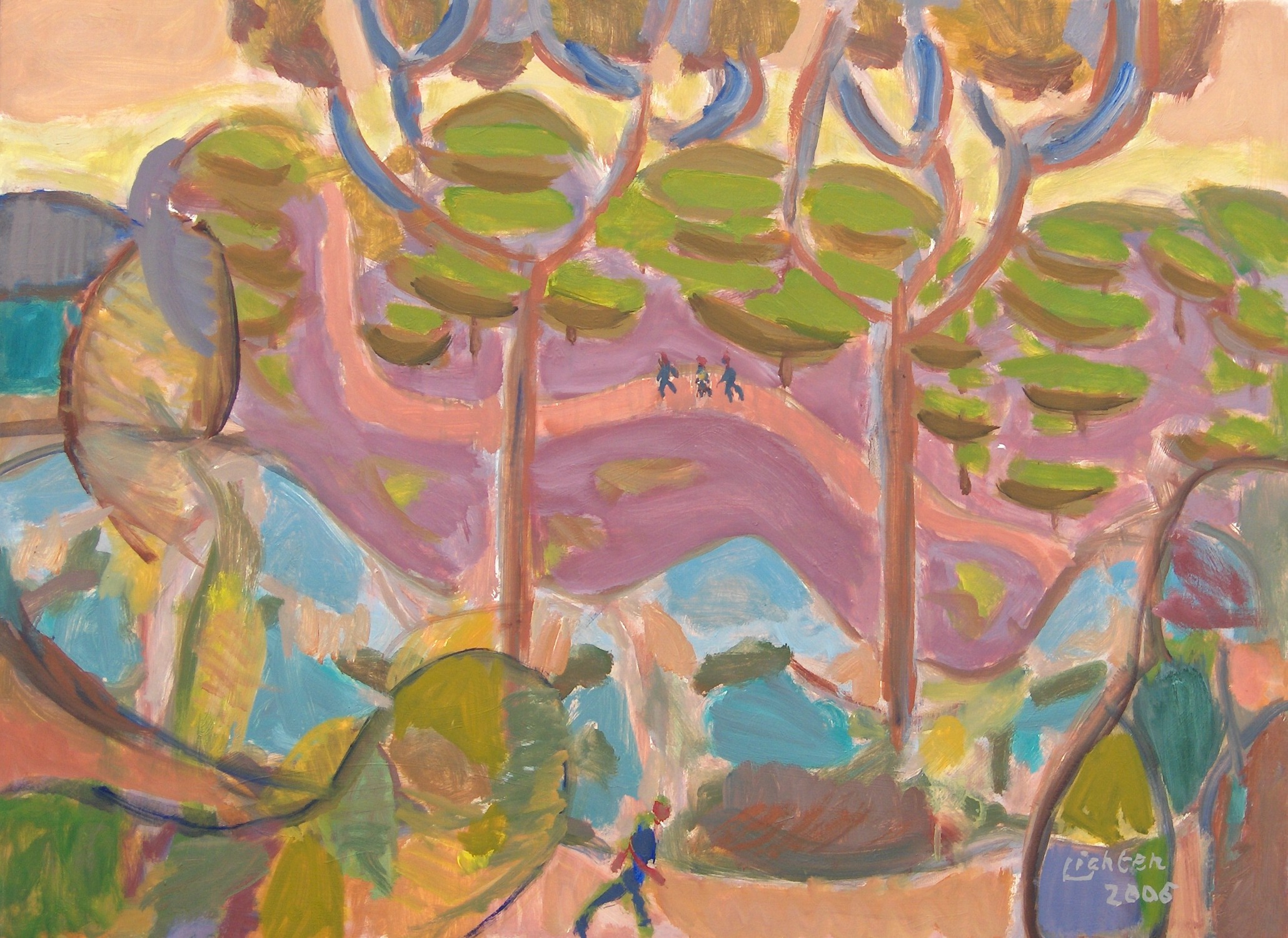 The dawdler is now in a hurry. 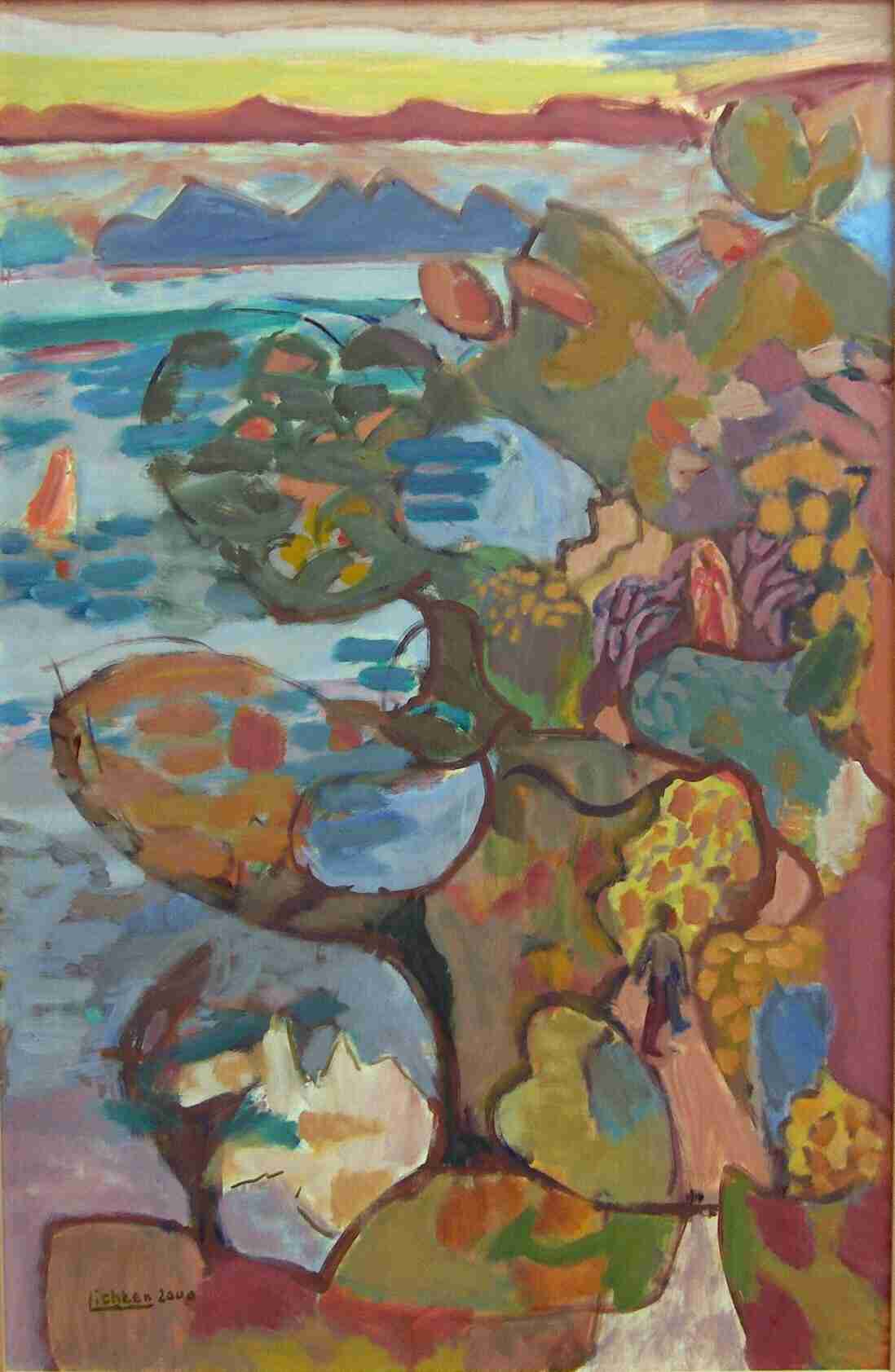 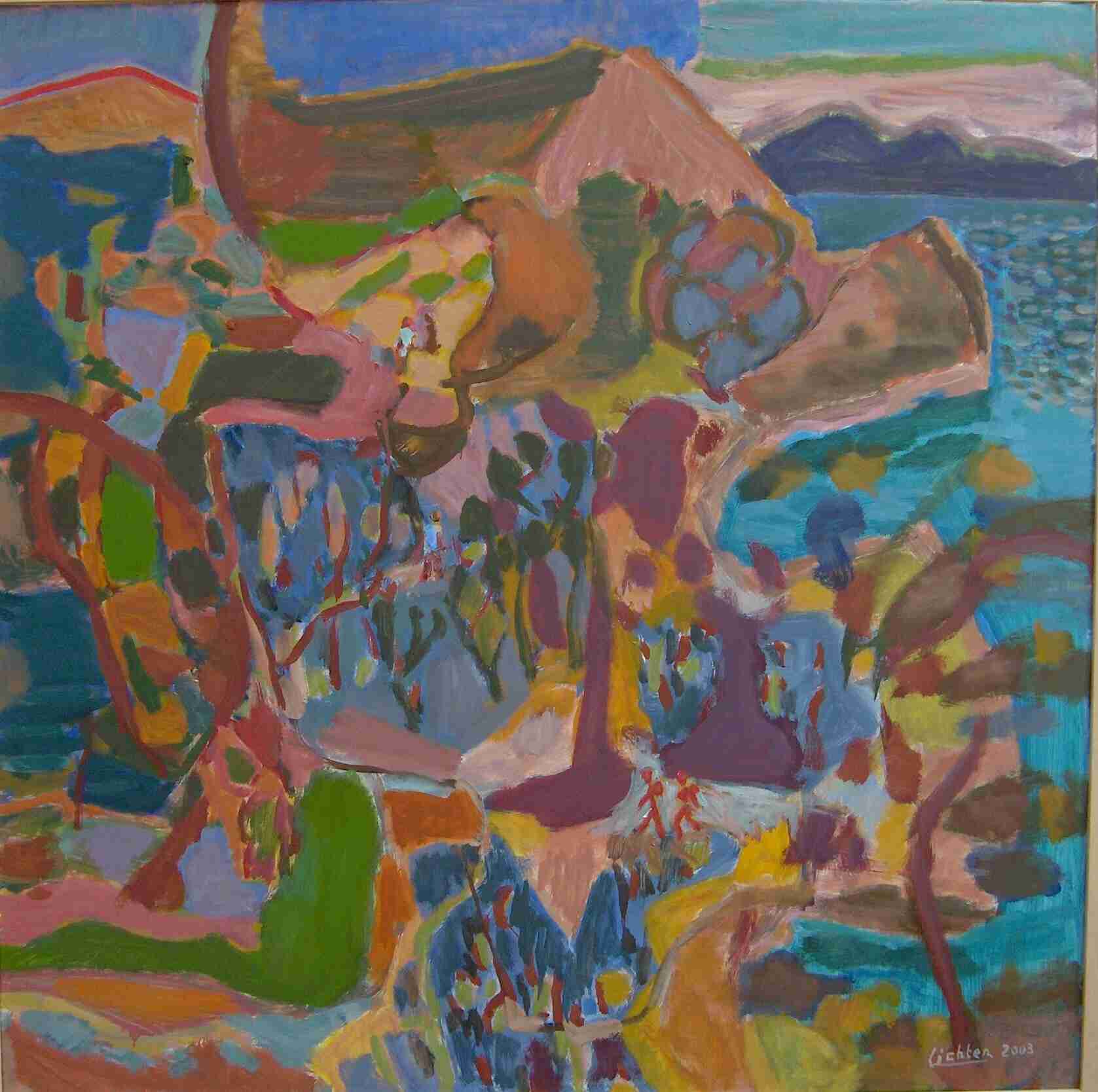 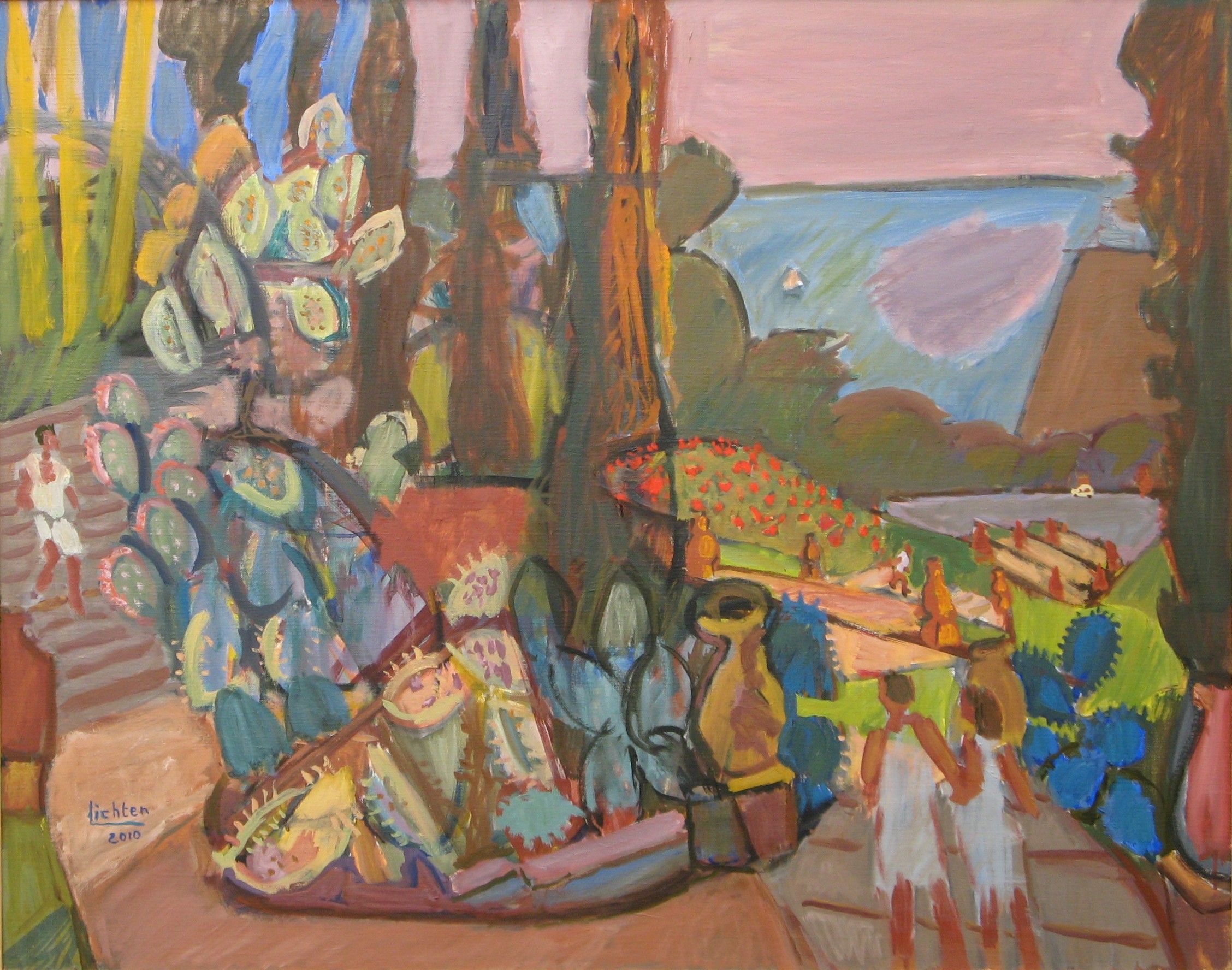 Stairs...Landing, stairs...landing,stairs again... The canvas shows what the perspective does not allow to represent

Walking in the country side 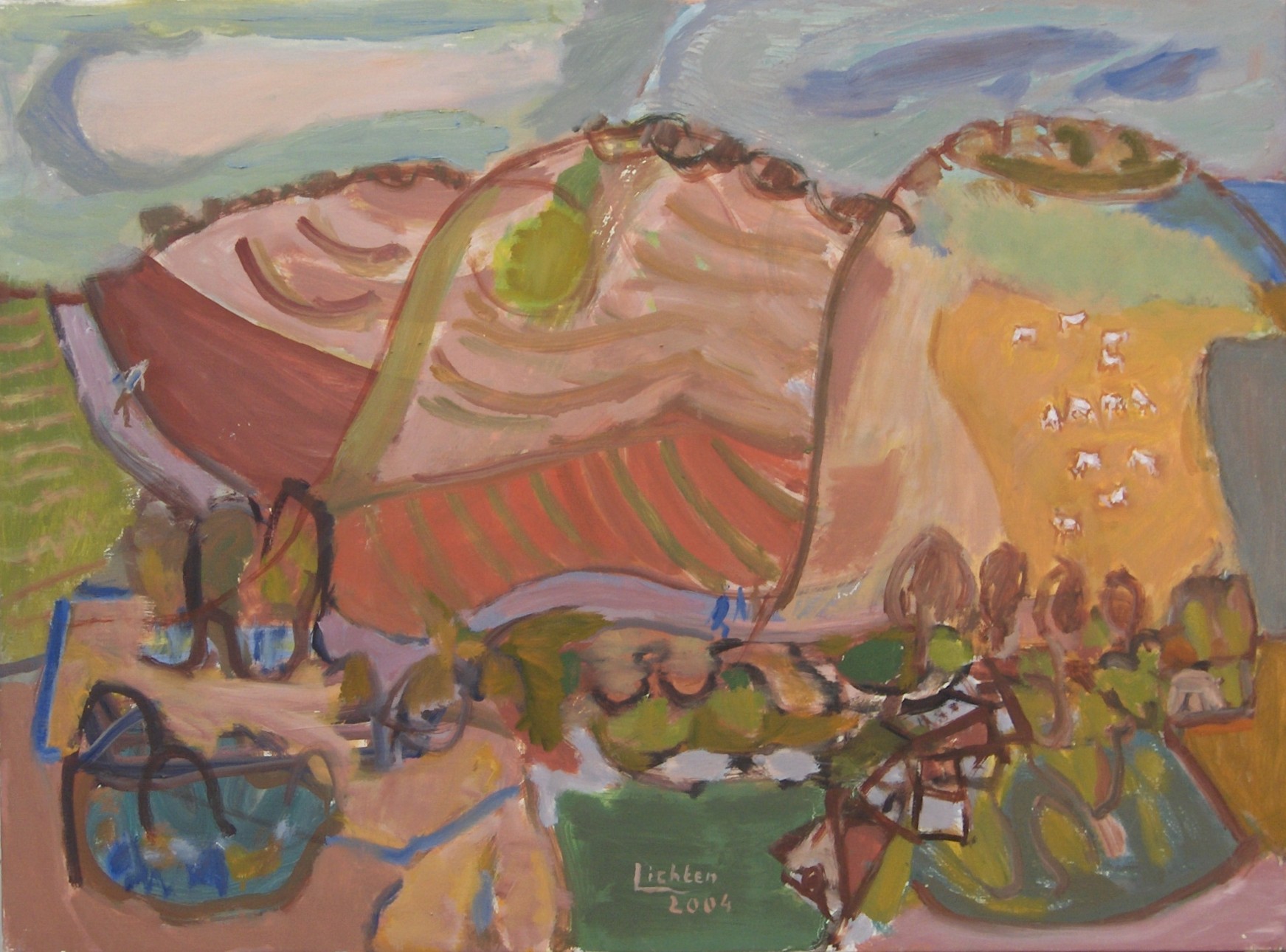 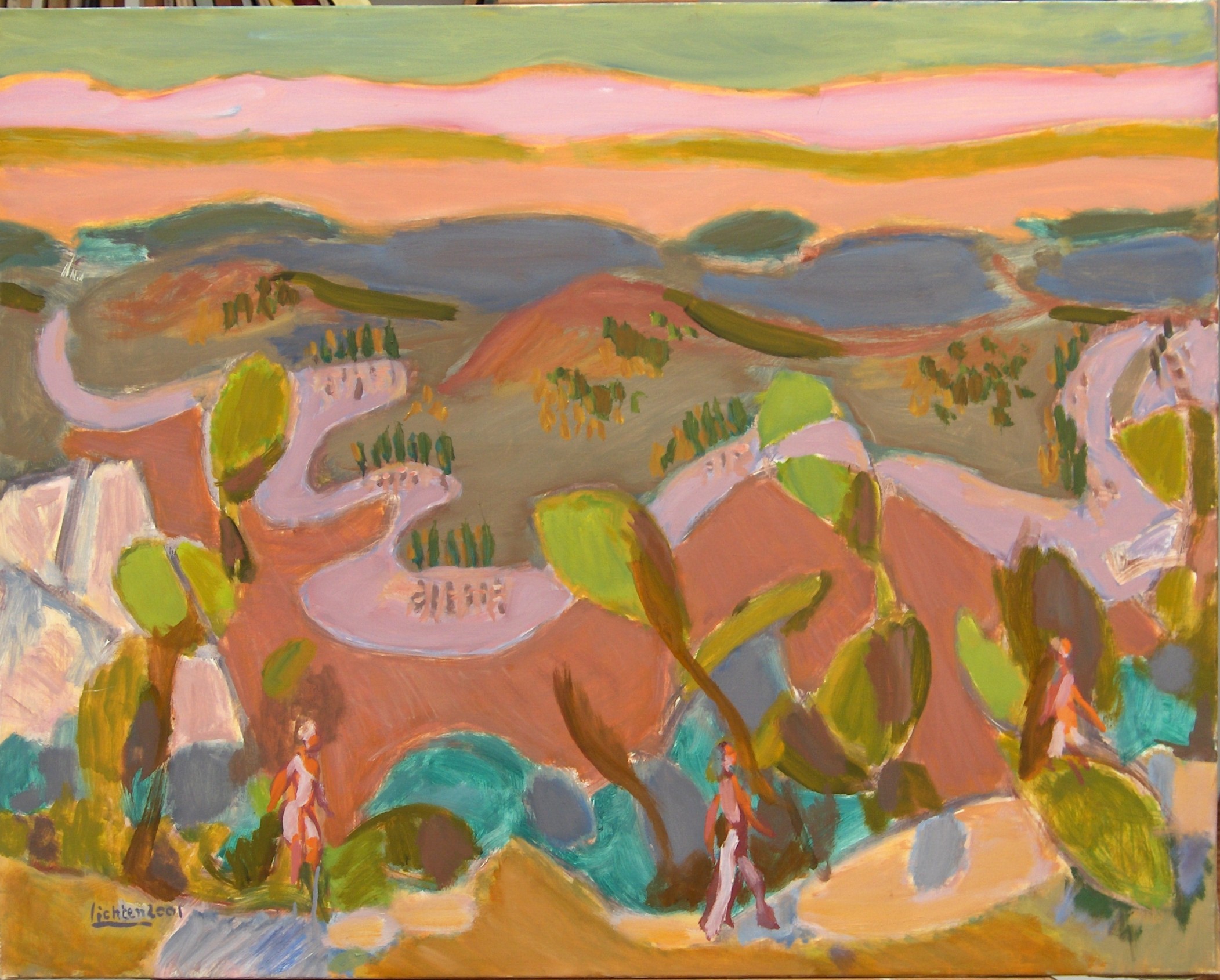 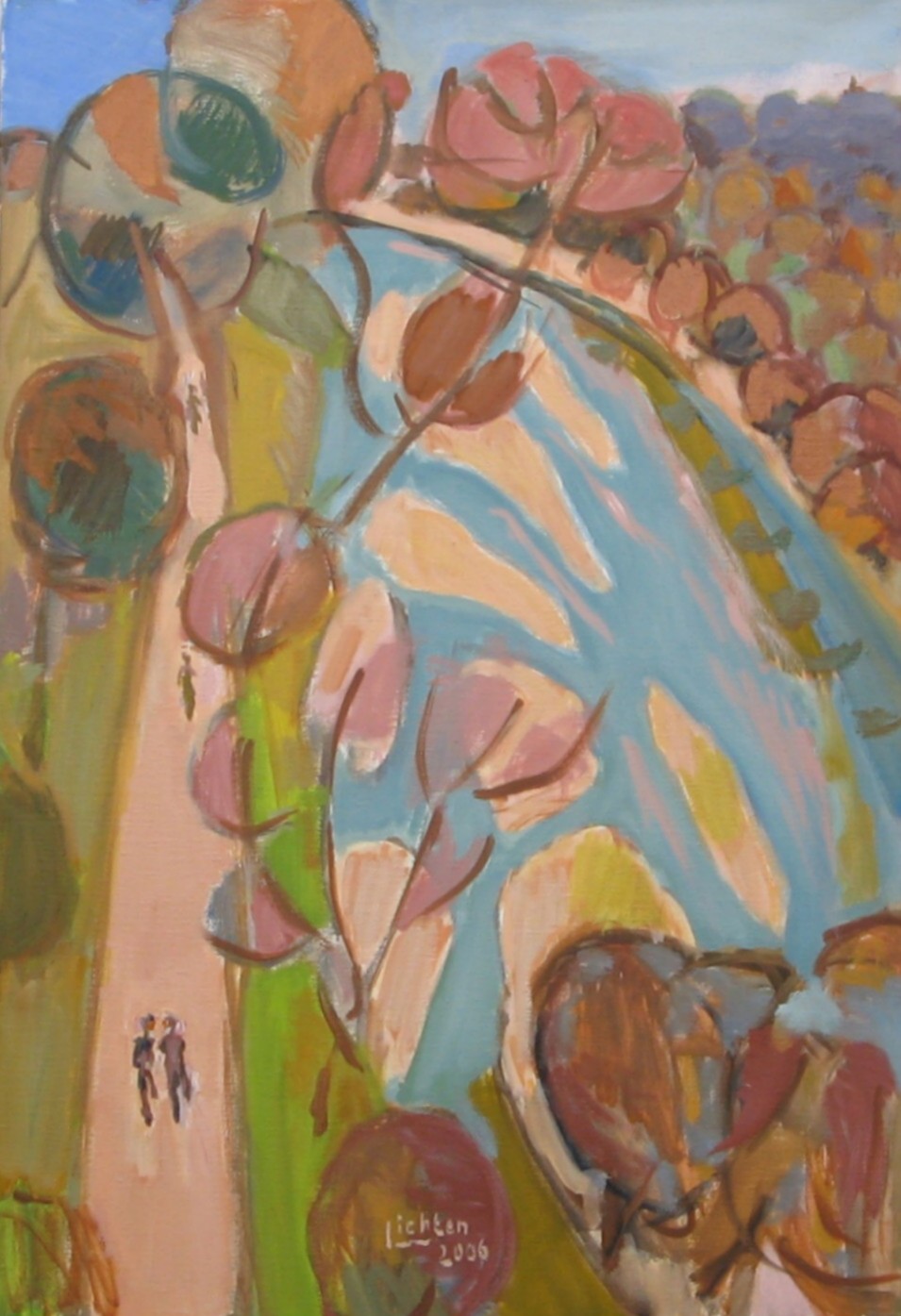 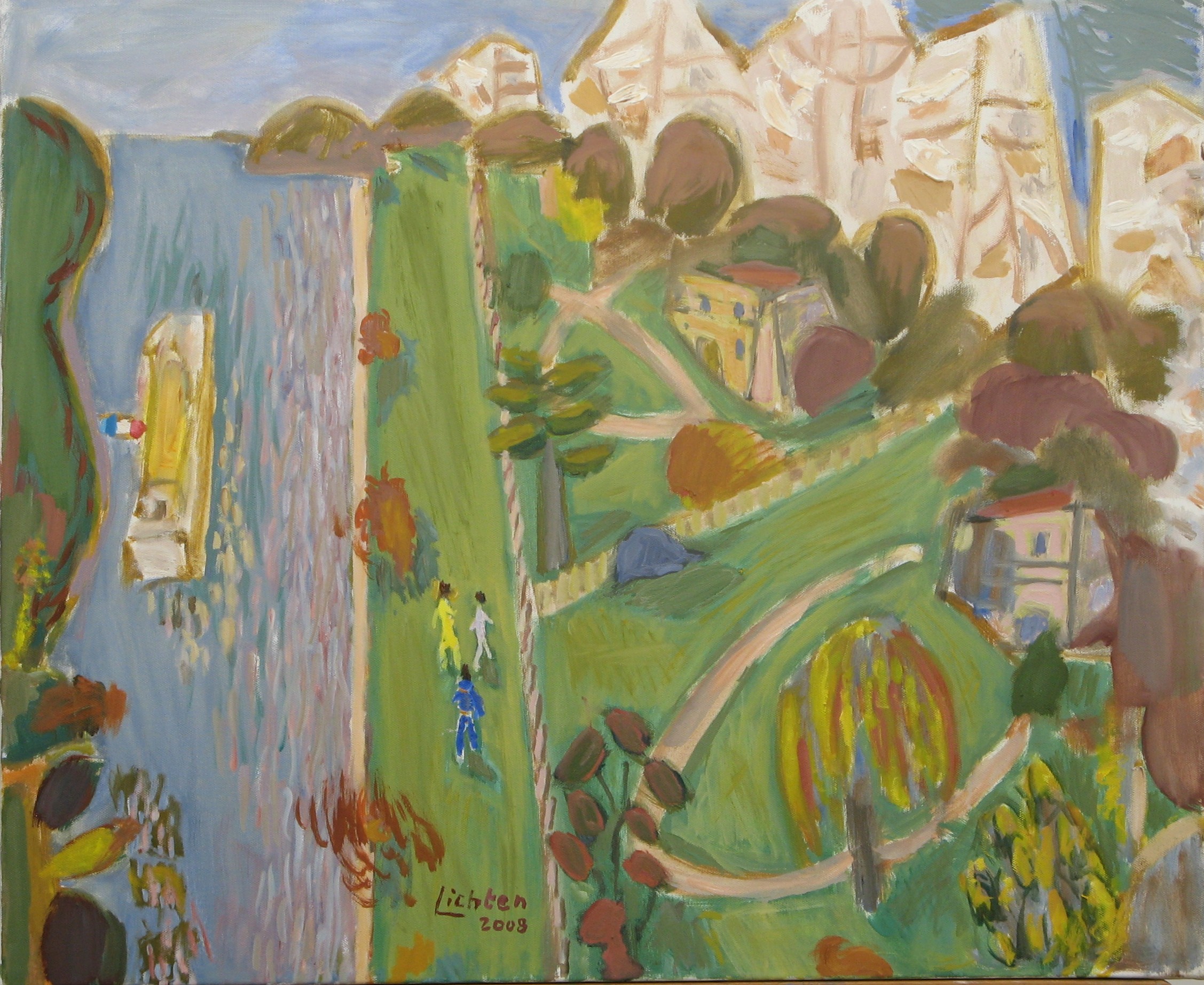 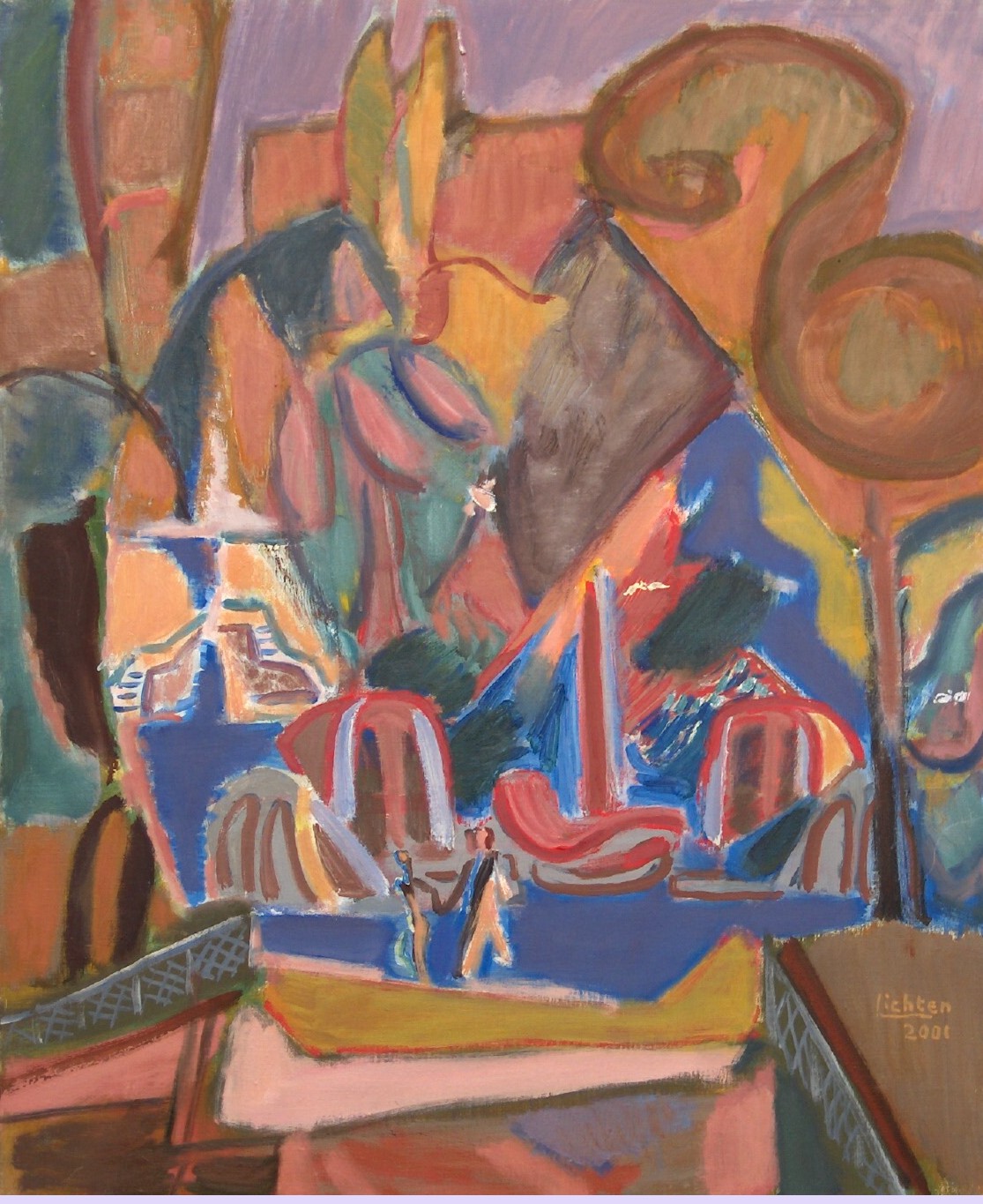