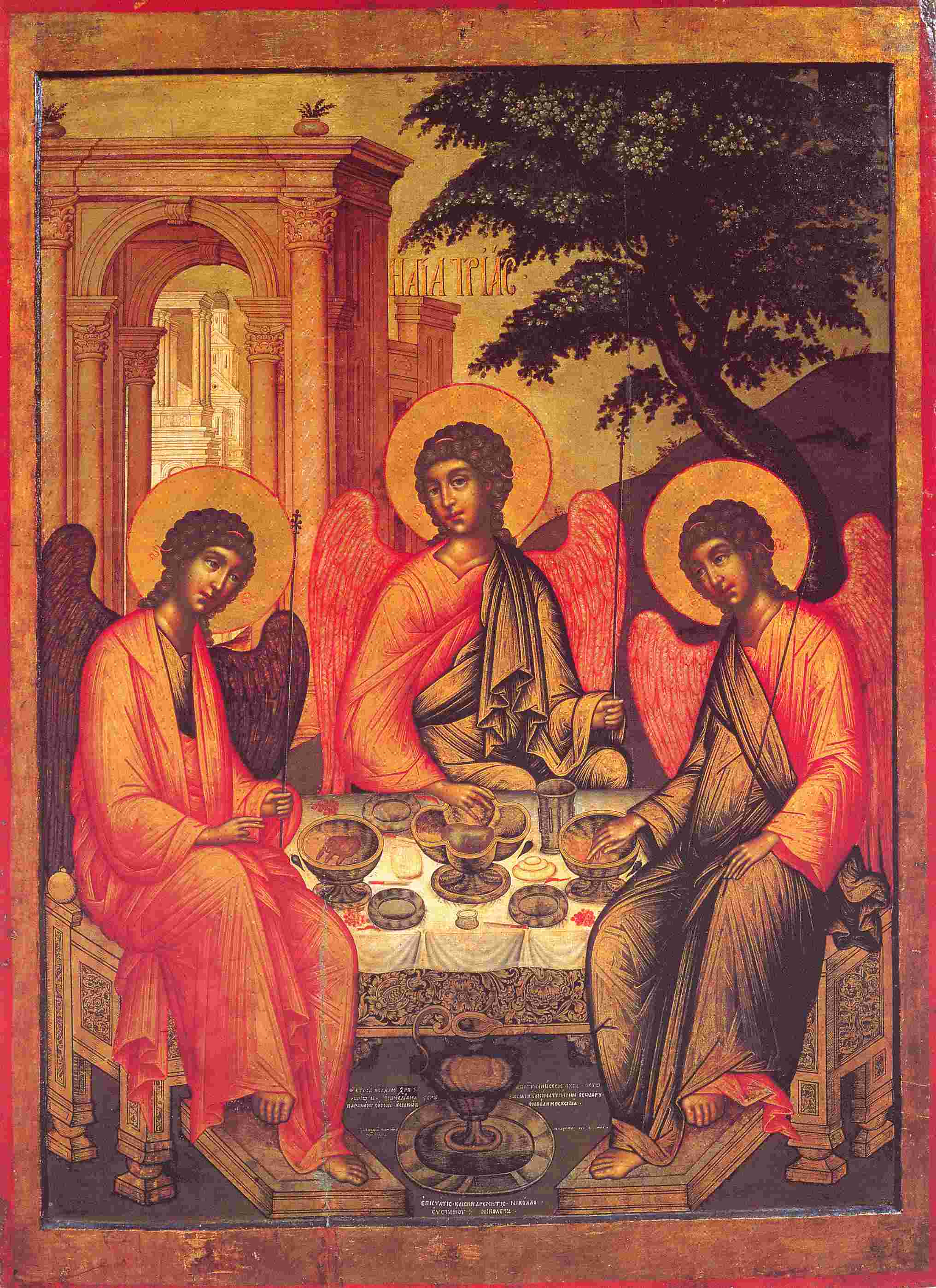 The byzantine icon solicits the worshipper's gaze because it is an image transfigured by the presence of God. The gaze is situated in a supernatural space. 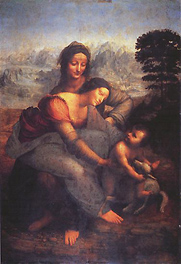 In Italian Renaissance the gaze is situated in the natural space represented by the perspective.
The spectator is solicited by the facial expressions and the gestures of depicted characters, because they are to certain extend a mirror of his own human presence in the natural world. The spectator gaze is drawn by the gaze of the characters, in a game of mirrors. He sees alternatively the protagonist faces through the glance other ones.

As for me I introduce the gaze inside my construction of space which implies a deviation from the laws of optics.

My vision is neither the pure mystical space of byzantine icons nor the space of the motionless observer of Italian Renaissance, an observer who sees the spectacle from a unique point of view. 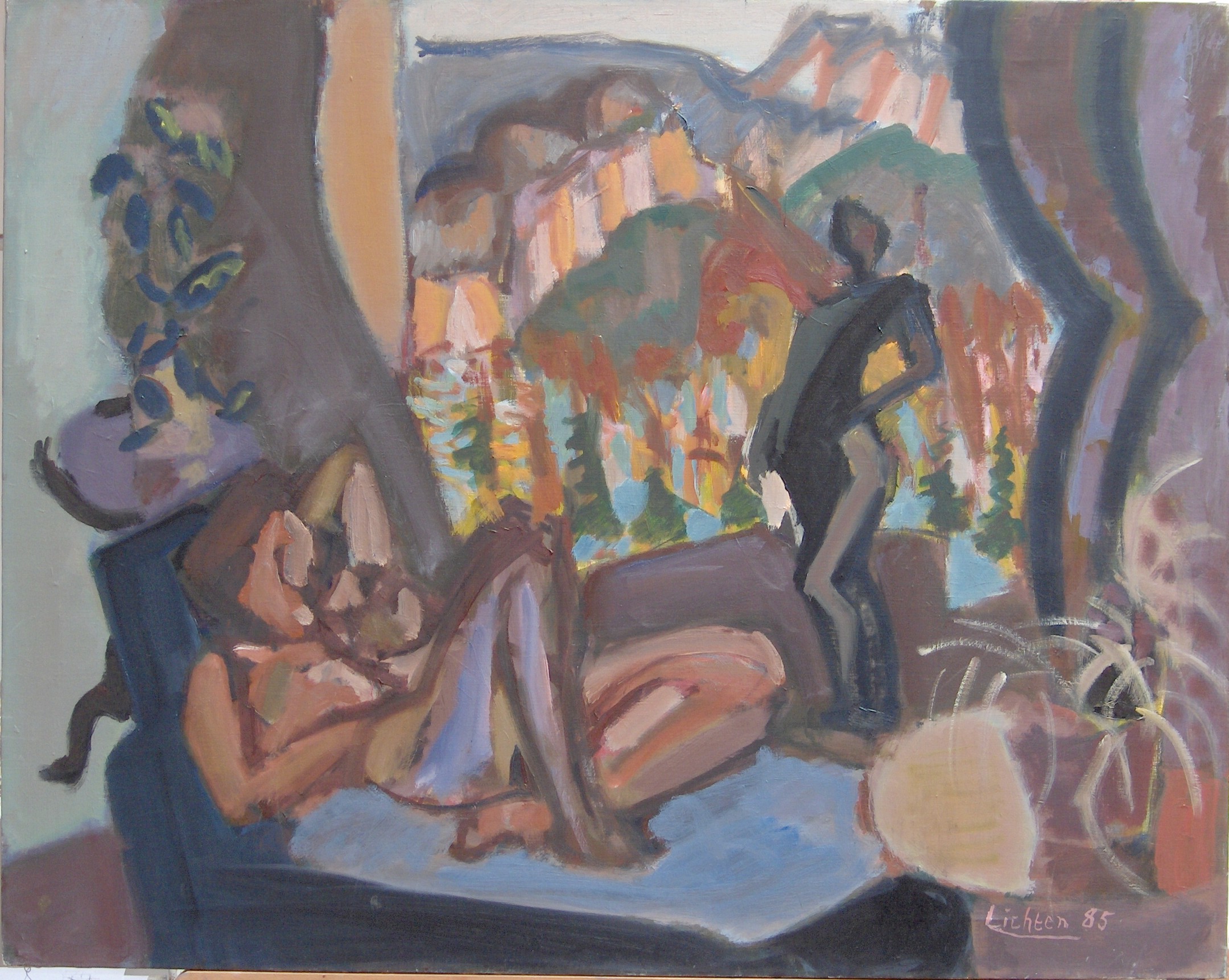 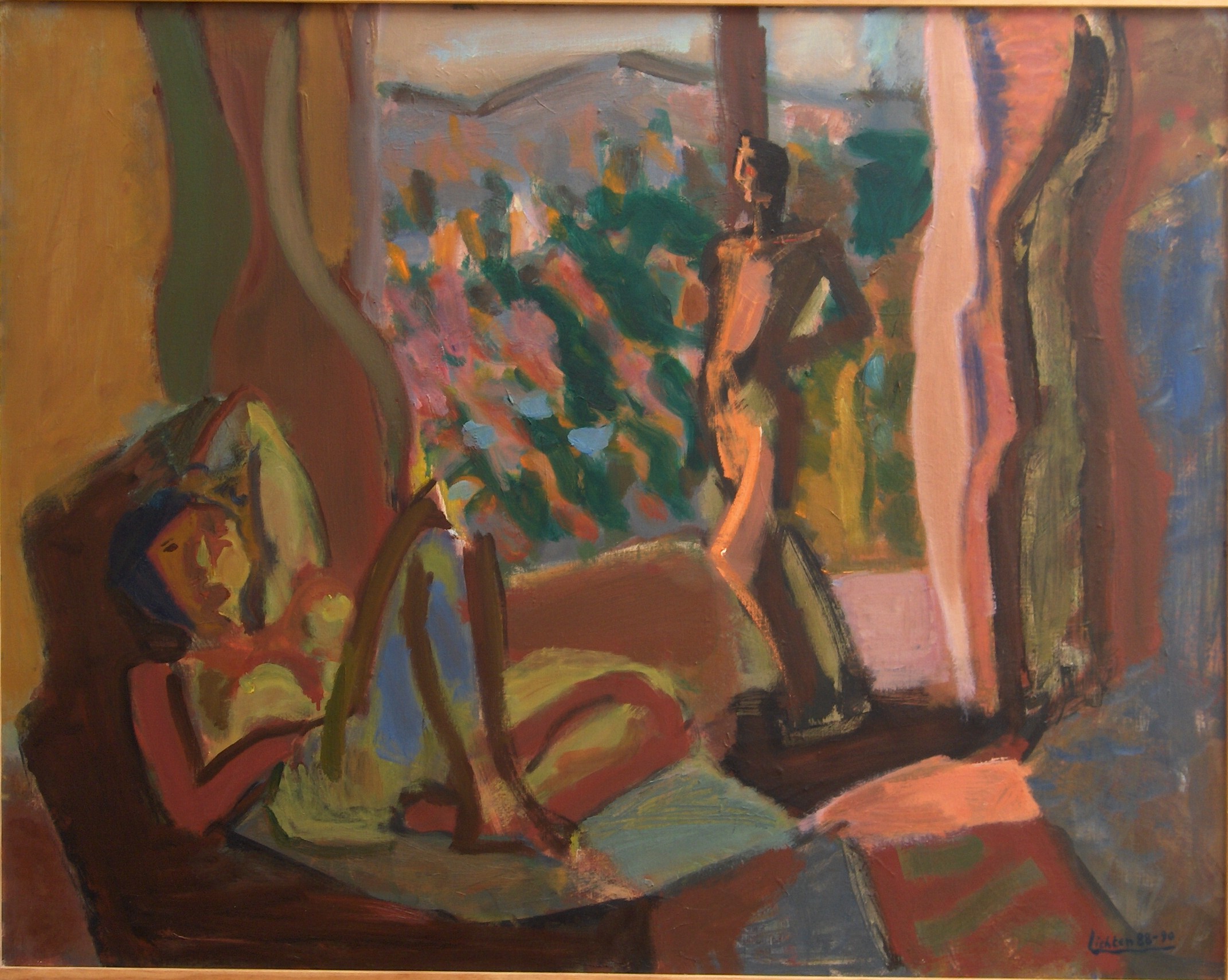 In these two canvases, I am situating myself in the wake of Bonnard and Matisse who worked about the flow between interior and exterior space. 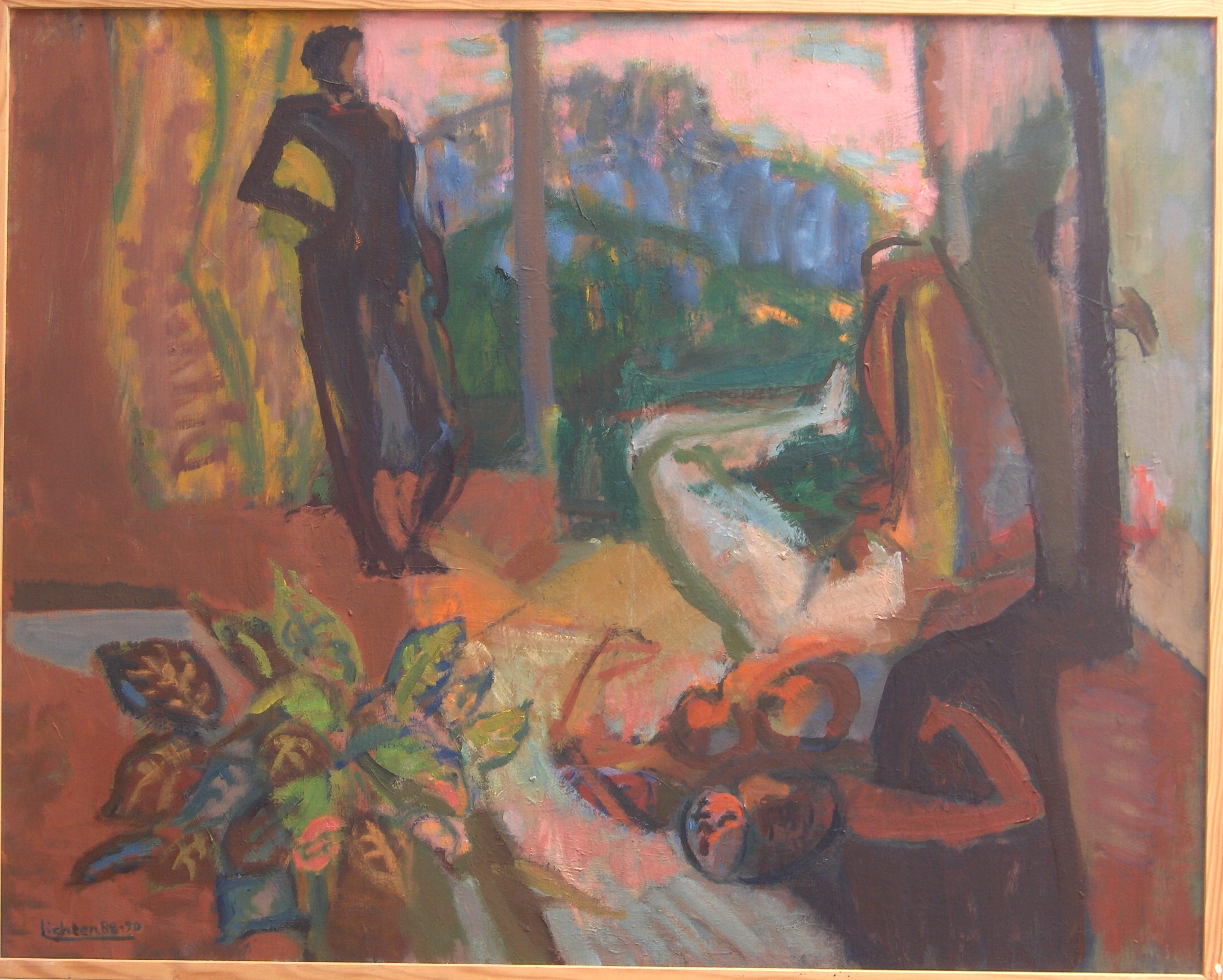 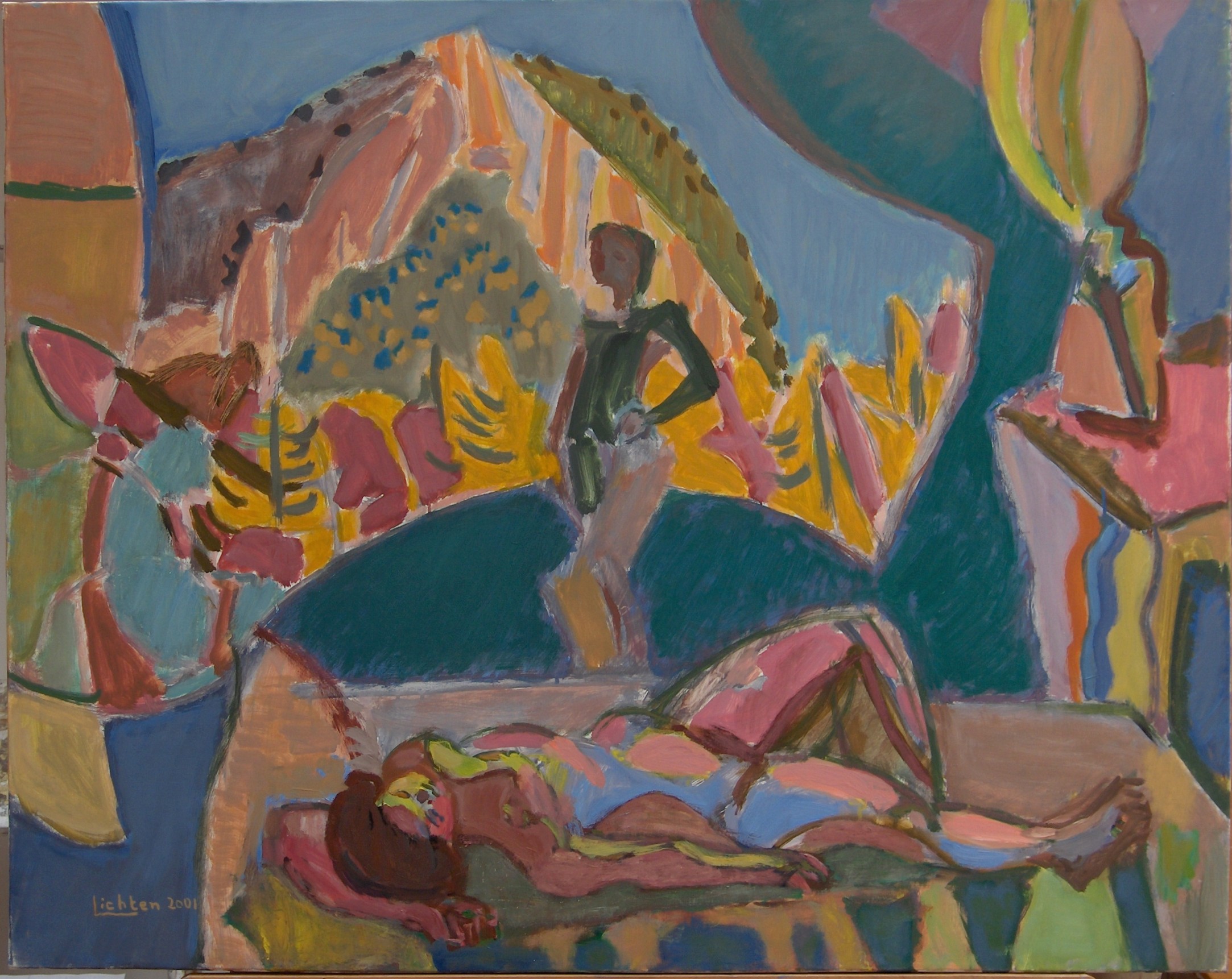 These two canvas (III and IV) are pluridimensional : The man looks a his partner, but he probably has just been contemplating the mountain across the window. One of the paintings shows something that classic perspective does not allow representing : the vast expanse of mountainous landscape. 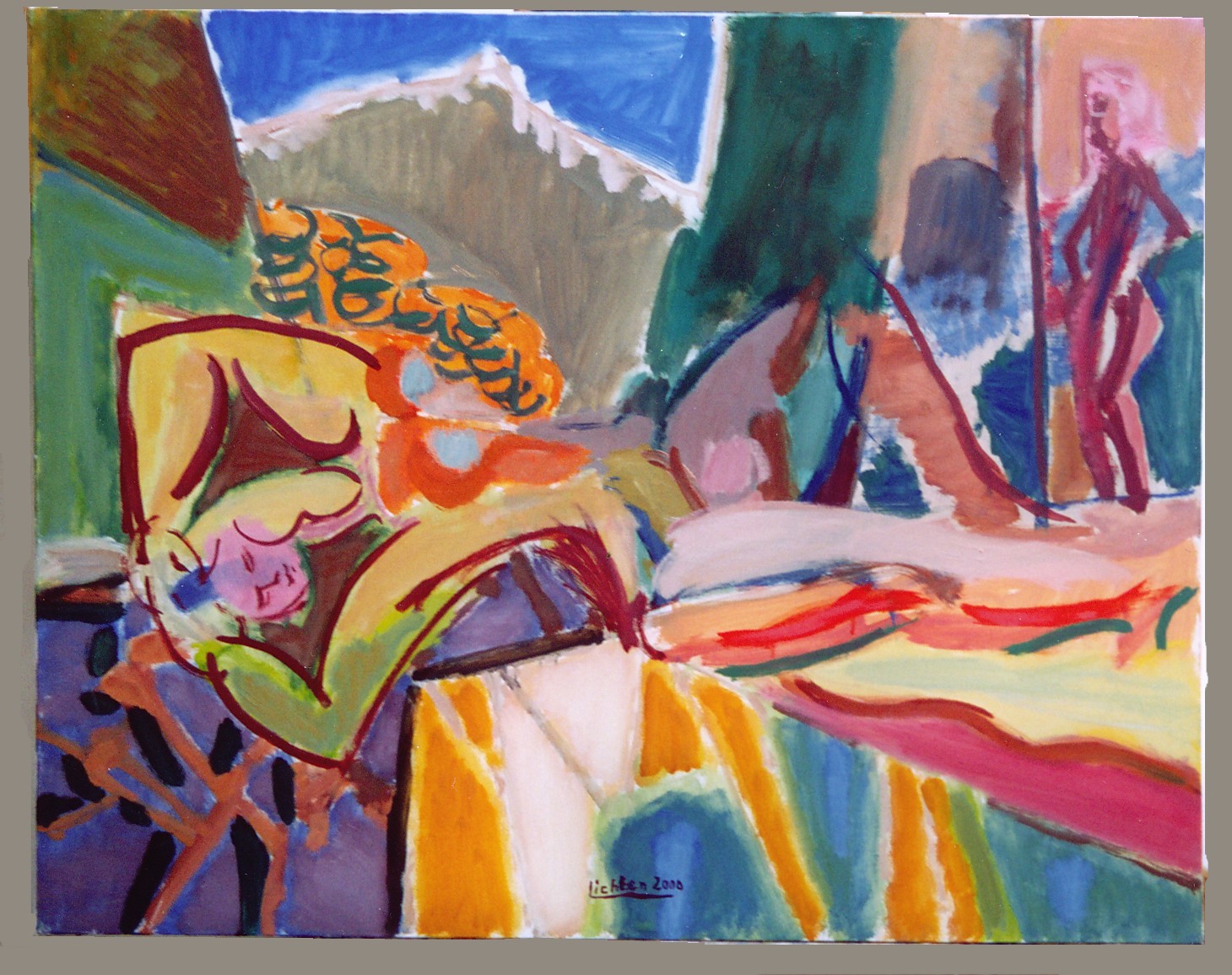 The theme culminates with Helix woman whose body propels us into the universe.

In my artwork the gaze is not the optical control of reality but it awakes the appetite for seeing, for seeing something which has an obscure connection to desire.  The gaze arises where the canvas sets up a gap into optical vision. That is the reason why I break perpective.

I had to represent this bust in a grove of the garden of Champ-sur-Marne and I wanted tob show at the same time the surrounding space.  Multidimensionality : the gaze goes beyond what perspective allows to see.